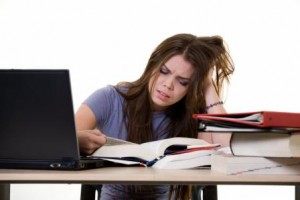 You have read about Romulus and Remus whose culture shock came when they went back to the world of human beings after being raised by a wolf. Tarzan’s culture shock came when he discovered that he was not a “white ape” but a human being. Emily Carr preferred the culture of the First Nations people and the life she led on her explorations to the dresses and polite conversations of her own culture. You now know that First Nations culture did not include school or even business activity, people spent most of their time in nature or around the fire of their home talking, telling stories and making the things they needed to survive.

Psychologists tell us that there are four basic stages that human beings pass through when they enter and live in a new culture. This process, which helps us to deal with culture shock, is the way our brain and our personality reacts to the strange new things we encounter when we move from one culture to another. If our culture involves bowing when we greet someone, we may feel very uncomfortable in a culture that does not involve bowing. If the language we use when talking to someone in our own culture is influenced by levels of formality based on the other person’s age and status, it may be difficult for us to feel comfortable communicating with people in the new culture.

Culture begins with the “honeymoon stage”. This is the period of time when we first arrive in which everything about the new culture is strange and exciting. We may be suffering from “jet lag” but we are thrilled to be in the new environment, seeing new sights, hearing new sounds and language, eating new kinds of food. This honeymoon stage can last for quite a long time because we feel we are involved in some kind of great adventure.

Unfortunately, the second stage of culture shock can be more difficult. After we have settled down into our new life, working or studying, buying groceries, doing laundry, or living with a home-stay family, we can become very tired and begin to miss our homeland and our family, girlfriend/boyfriend, pets. All the little problems that everybody in life has seem to be much bigger and more disturbing when you face them in a foreign culture. This period of cultural adjustment can be very difficult and lead to the new arrival rejecting or pulling away from the new culture. This “rejection stage” can be quite dangerous because the visitor may develop unhealthy habits (smoking and drinking too much, being too concerned over food or contact with people from the new culture). This can, unfortunately lead to the person getting sick or developing skin infections or rashes which then makes the person feel even more scared and confused and helpless. This stage is considered a crisis in the process of cultural adjustment and many people choose to go back to their homeland or spend all their time with people from their own culture speaking their native language.

The third stage of culture shock is called the “adjustment stage”. This is when you begin to realize that things are not so bad in the host culture. Your sense of humour usually becomes stronger and you realize that you are becoming stronger by learning to take care of yourself in the new place. Things are still difficult, but you are now a survivor! 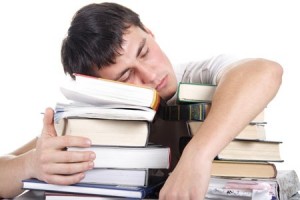 The fourth stage can be called “at ease at last”. Now you feel quite comfortable in your new surroundings. You can cope with most problems that occur. You may still have problems with the language, but you know you are strong enough to deal with them. If you meet someone from your country who has just arrived, you can be the expert on life in the new culture and help them to deal with their culture shock.

There is a fifth stage of culture shock which many people don’t know about. This is called “reverse culture shock”. Surprisingly, this occurs when you go back to your native culture and find that you have changed and that things there have changed while you have been away. Now you feel a little uncomfortable back home. Life is a struggle!

Select the answer you think is correct.

1. When does culture shock happen?

A) when you reach your teens

B) when you move to a big city

C) when you meet foreign people for the first time

D) when you go to live in a foreign culture

2. How do you feel during the first stage of culture shock?

A) lonely and depressed

B) bored and homesick

3. How do you feel during the second stage?

A) homesick and afraid

D) you have no particular feelings

4. How could the third stage be described?

5. How do you feel during the fourth stage of culture shock?

A) tense, but positive

A) It hardly ever happens.

B) It is extremely stressful.

C) Most people do not expect it.

D) It only happens to young people.